When social media giant Facebook purchased everyone’s favorite mobile messenger “Whatsapp,” users were promised their data would be private and that they wouldn’t be subject to the shady things that Mark Zuckerberg and crew are known for. That promise is all but gone, leaving many of us seeking alternatives.

As time has gone on, more and more privacy has been taken away from Whatsapp users in the name of “analytical data.” Gone are the days when you could trust this app to be totally private and not expect to get data mined for valuable information – information that could easily be sold to advertisers.

Pretty bleak, right? So let’s lighten the mood by presenting you with a bunch of Whatsapp alternatives that aren’t made of broken promises and baby tears. Here are our top picks. 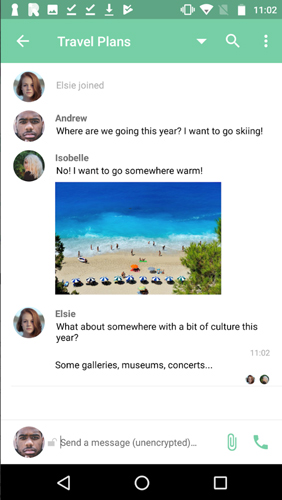 With a focus on rooms, conference calls and other pretty large-scale interactions, it’s easy to overlook that Riot functions as a perfectly good (and privacy-centric) messenger app as well. It’s an open-source app, so is constantly being iterated to have maximum security.

Its best privacy features include the fact that you don’t need to enter a phone number to use it, and end-to-end encryption (which you need to switch on manually), and control over message histories so you can change how much new users in chat rooms can and can’t see. Its based on the Matrix protocol, which has an excellent reputation as a secure communication platform (the French government even started using Riot for its confidential communications!).

Available on multiple platforms, and making it easy to send and receive all kinds of media from small documents to chunky video files, Riot.im is a great organizational platform as well as a secure messenger. Its green, clean UI kind of reminds of WhatsApp too, so those moving over won’t feel too homesick. 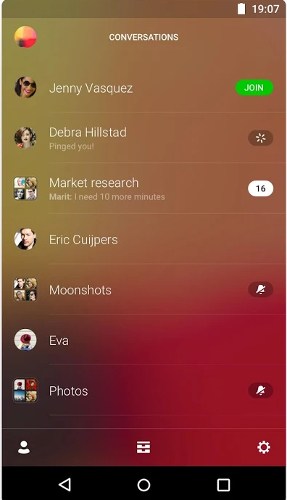 With end-to-end encryption and a no-nonsense interface, Wire is making some waves on the secure messaging scene. Made by Skype co-founder Janus Friis, Wire has some heavyweight design nous behind it.

You need to provide your your mobile number or email to use the app, though these aren’t shared with other users, who you can communicate with via a username. Timed messages are also an option, letting you self-destruct them between five seconds and one day after you send them. 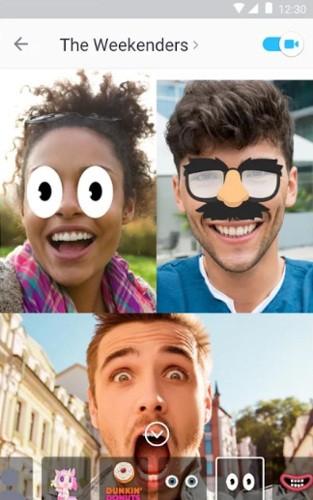 KIK has developed a bit of a salacious reputation over the years as an app used for sexting, drug dealing and all manner of underhanded tomfoolery (as well as standard messaging, of course). If nothing else, that’s testament to one thing: it’s pretty darn private.

This free app doesn’t store your phone number, so you’re identifiable only by your username, and all messaging data is stored locally on your phone, leaving your privacy in your hands. KIK is therefore virtually unmoderated and perfect for the privacy-conscious. 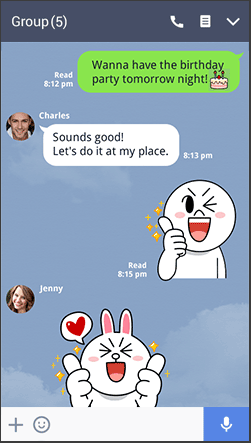 The biggest WhatsApp competitor you probably haven’t heard of, LINE is a Japanese-developed app that offers a powerful feature set, conference calls, thousands of stickers, and a clean, customizable interface. It uses less data than WhatsApp during calls and end-to-end encryption.

While certain features require LINE to access your contacts list, location and so on, all of this is optional, and whatever data you send is encrypted on LINE’s servers. You can also set self-destruct timers to delete messages from LINE’s servers. 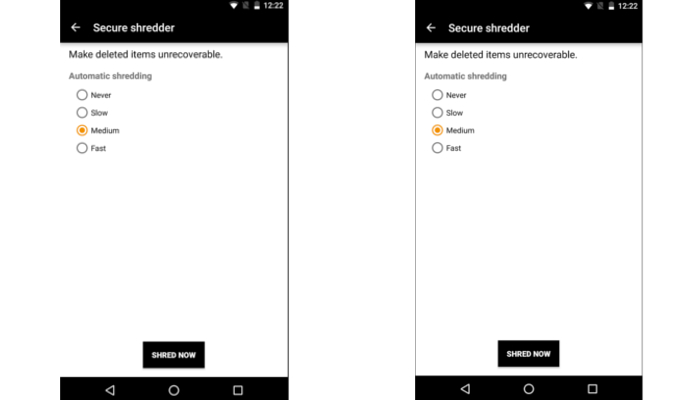 In probably the best endorsement of a privacy-oriented messaging app, Wickr Me is apparently used by journalists, world leaders and other sorts who want to keep their private business private. (No names were specified, mind you, but that’s sort of the point, right?)

Like WhatsApp, Wickr Me uses your phone number to log in and contains all manner of silly and fun features like stickers and emojis. But that’s where the similarities end. Wickr doesn’t store your contacts on its servers, doesn’t keep metadata, and deletes messages irretrievably from your phone when you ask it to.

Telegram is perhaps the most worthy alternative to Whatsapp. For starters, it essentially has comparable features like voice and video messages, a phone number-based login system, stickers, emojis, chat bots, groups, channels and so much more. Along with those cool features, Telegram isn’t just a mobile app.

That’s right, you can use Telegram on Windows, Mac and even Linux with their desktop app. Alternatively, Telegram has a web chat application for all your messaging needs. Best of all, Telegram supports end-to-end encryption and respects your privacy. 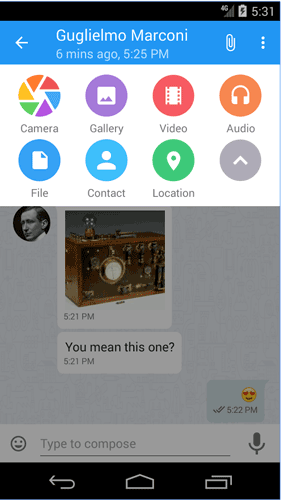 Have you ever wanted to host your own “Whatsapp” service? With Kontalk, this is possible. This app is an open XMPP-based alternative to Whatsapp that you can keep entirely on your own server. This means you and only you will be in charge of the chat between you and your friends and family, making it the ultimate at respecting your privacy.

Kontalk has an app in the Google Play store as well as the F-Droid app store and a desktop client. If you’re looking for a solution that you can make entirely your own, this is the best choice.

Antox is a robust and privacy-respecting messenger application. It supports all of the standard chat features you’d expect. Antox (Antidote on iOS), unlike a lot of the items on this list, isn’t nailed down to one single app. That’s because it has many officially “blessed” apps for Android, iOS, Linux, Windows, macOS and even FreeBSD.

This ultimately is a messaging protocol, and a secure one at that. It’s under heavy development. Ultimately, Tox is very stable, although you should expect bugs once in a while. If you’re looking to oust Whatsapp from your life, don’t mind the risk of using a beta, and want a bit of variety, go with this app. 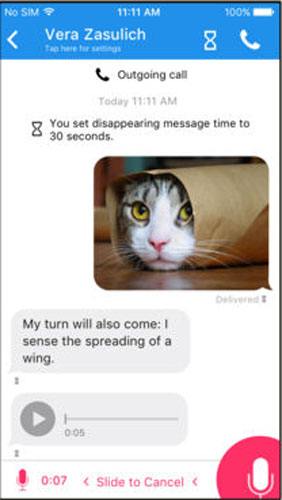 Signal is an app for Android, iPhone, macOS, Windows, Linux, and Chrome that is designed around a similar principle to Telegram. Private communication is based on your phone number, and they promise you’ll avoid SMS and MMS fees, as your number is just used as an ID and not the point of transmission.

As Signal is pretty much a more open-sourced Telegram clone, you’ll see comparable features to that service, such as group chats and broadcast messages. If you’ve used Telegram and want something more open, you should give this one a shot. Regardless of its “clone” status, it’s a worthy alternative to Whatsapp. 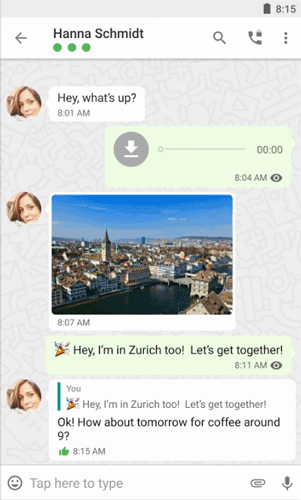 Threema is a mobile chat platform that puts your privacy first. Like some other apps on this list, it supports end-to-end encryption of text, images and your GPS location. It also synchronizes with your contacts, making it super easy to find people who are joining the service automatically.

The developers and owners of the service claim that “even we as the server operator have absolutely no way to read your messages,” so you know everything you say is protected and locked away from big companies and governments mining your data. 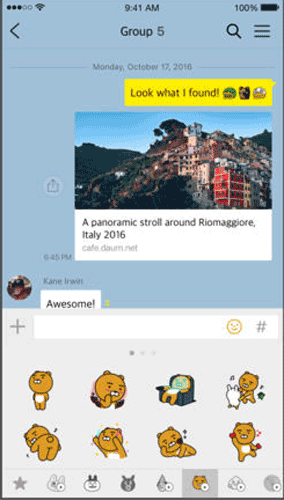 KakaoTalk is a chat application for Android, iOS, Blackberry, Windows Phone, Windows and macOS designed to let the world chat on a one-on-one basis or with groups in mind. Like most modern chat applications, this app supports the sending of multimedia (pictures, videos, etc.).

The service might not be as well known as some of the others on this list, but don’t let that turn you off. It’s a well-designed program and is about as prolific as it gets. If you’ve tried everything on this list already and haven’t found what you want, perhaps you should give kakaoTalk a go.

Whatsapp used to be a good app, and by most standards, it still is. Facebook has beefed it up with features and made it incredibly competitive. However, seeing as how this platform is little more than a data-farm for advertisements, people should seriously consider switching to one of the apps on this list.

Each alternative to Whatsapp listed here has its own strengths as well as weaknesses. However, one thing they all have in common is that they’re miles removed from any sort of Facebook control.

This article was first published in September 2016 and was updated in March 2019.